Are You Hearing the "F" Word in Real Estate? 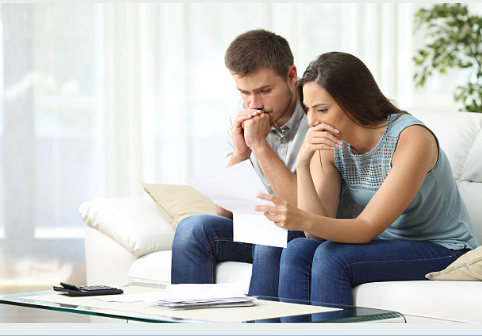 Not THAT "F" word, the other dreaded one:   Foreclosure.

The good news is that there are lots of options for folks who are struggling right now.  This time is very different.

Many housing experts originally voiced concern that the mortgage forbearance program (which allows families impacted financially by COVID to delay mortgage payments to a later date) could lead to an increase in foreclosures when forbearances end.

Some originally forecasted that up to 30% of homeowners would choose to enter forbearance. Less than 10% actually did, and that percentage has been dropping steadily. Black Knight recently REPORTED that the national forbearance rate has decreased to 5.6%, with active forbearances falling below 3 million for the first time since mid-April.

Many of those still in forbearance are actually making timely payments. Christopher Maloney of Bloomberg Wealth recently EXPLAINED

“Almost one quarter of all homeowners who have demanded forbearance are still current on their mortgages…according to the latest MBA data.”

However, since over two million homeowners are still in forbearance, some experts are concerned that this might lead to another wave of foreclosures like we saw a little over a decade ago during the Great Recession. Here is why this time is different.

There Will Be Very Few Strategic Defaults

During the housing crash twelve years ago, many homeowners owned a house that was worth less than the mortgage they had on that home (called negative equity or being underwater). Many decided they would just stop making their payments and walk away from the house, which then resulted in the bank foreclosing on the property. These foreclosures were known as strategic defaults. Today, the vast majority of homeowners have significant equity in their homes. This dramatically decreases the possibility of strategic defaults.

“Unlike in 2008, strategic defaults have not emerged as a serious problem and seems unlikely to emerge given stronger expectations for property price increases, a record low inventory of homes, and stable residential underwriting standards leading up to the crisis which has reduced the number of owners who are underwater.”

There Are Other Options That Were Not Available the Last Time

A decade ago, there wasn’t a forbearance option, and most banks did not put in other programs, like modifications and short sales, until very late in the crisis.

Today, homeowners have several options because banks understand the three fundamental differences in today’s real estate market as compared to 2008:

1. Most homeowners have substantial equity in their homes.

2. The real estate market has a shortage of listings for sale. In 2008, homes for sale flooded the market.

3. Prices are appreciating. In 2008, prices were depreciating dramatically.

These differences allow banks to feel comfortable giving options to homeowners when exiting forbearance. Aspen Grove broke down some of these options in the study mentioned above:

Refinance Repay: Capitalize forbearance amount – For borrowers who have strong credit, have good or improved equity in their homes, possibly had a higher interest rate on their original loan, have steady employment/no significant wage loss, and income.

Repayment Plan: Pay it back in higher monthly payments – For people who cannot reinstate using savings, but have increased monthly income, and do not want to use a deferral program.

Deferral Program: Shift payments to the end of the loan term – For borrowers who lost income temporarily and regained most or all of their income but are not in a position to refinance due to credit score, home equity, low total loan value relative to closing costs, or simple apathy.

Each one of these programs enables the homeowner to remain in the home.

What about Those Who Don’t Qualify for These Programs?

Homeowners who can’t catch up on past payments and don’t qualify for the programs mentioned have two options: sell the house or let it go to foreclosure. Some experts think most will be forced to take the foreclosure route. However, an examination of the data shows that probably won’t be the case.

A decade ago, homeowners had very little equity in their homes. Therefore, selling was not an option unless they were willing to tap into limited savings to cover the cost of selling, like real estate commission, closing costs, and attorney fees. Without any other option, many just decided to stay in the house until they were served a foreclosure notice.

As mentioned above, today is different. Most homeowners now have a large amount of equity in their homes. They will most likely decide to sell their home and take that equity rather than wait for the bank to foreclose.

In a separate REPORT, Black Knight highlighted this issue:

“In total, an estimated 172K loans are in forbearance, have missed three or more payments under their plans and have less than 10% equity in their homes.”

In other words, of the millions currently in a forbearance plan, there are few that likely will become a foreclosure.

Bottom Line
While some analysts are talking about future foreclosures reaching 500,000 to over 1 million. With the options today’s homeowners have, that doesn’t seem likely.  If you are having some difficulties, start the conversation with your lender NOW, don't wait.  Help is available.